Martins Mill Bridge Park located at 3505 East Weaver Road, Martins Mill Bridge was built in 1849 under the direction of Jacob Shirk. It was constructed in the Town Lattice Truss design. The design was patented by Ithiel Town, a Connecticut architect. It uses no arches or exterior supports and was considered strong enough to support a bridge up to 200 feet in length. It was less costly to build than traditional arch supported bridges. Martins Mill Bridge is a total of 205 feet in length. In 1973 the bridge was rehabilitated after being carried downstream by flood waters during Hurricane Agnes. Steel bracing was added at a later date to stabilize the bridge. In spite of being altered over the years due to destruction and restoration it remains a good example of this type of covered bridge design and contains approximately two-thirds of its original timbers. It is one of only two covered bridges in Franklin County and it is the largest lattice type bridge in Pennsylvania. It is also on the National Register of Historic Places. 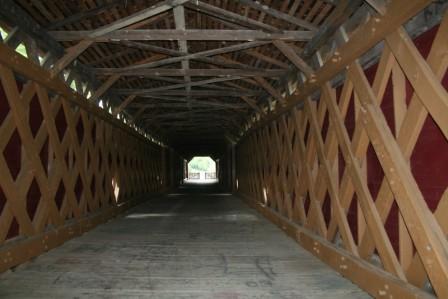 The bridge and adjacent park grounds began as privately owned by the Martins Mill Bridge Association until 2003. In 2001 the Antrim Township Board of Supervisors had the foresight to consider finding a way to help preserve the Bridge and adjacent grounds. Township responsibility for the site began as a lease and eventually culminated in the Supervisors accepting a deed of dedication on December 30, 2003.

The grounds include a pavilion, grill area, picnic tables and restroom facilities. The facilities are primitive with no electricity or running water. The grounds are open from 8:00am until sunset. The park may be closed without notice for unforeseen circumstances, inclement weather, and flooding. The Gate will be, closed for the season November 1st and reopen the first weekend in April, weather permitting. The park is open year-round and only accessible by walking in when the gate is closed. 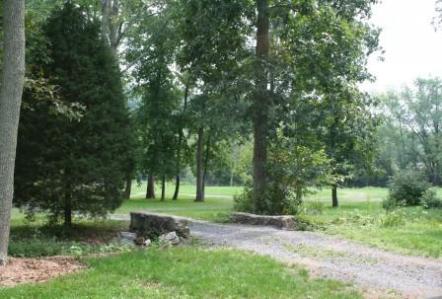